Born in Eisenach East Germany, Johann Sebastian Bach’s birthplace, artist Andreas Nottebohm is a stickler for the nuances of his adopted and beloved English language, honed to idiomatic perfection in his three decades immersed in American life and culture.

Although he insists on calling his work “paintings,” artist Andreas Nottebohm’s work on aluminum can just as well be described as “sculpture in a flat plane.” It is Nottebohm’s virtuosity in removing microscopic layers of what begins as a featureless metal expanse that transforms them into …what? If not landscapes or space-scapes, then into a mesmeric portal into a domain of both boggling complexity and primal simplicity. In terms of his art, Nottebohm argues that even the word “domain” connotes the kind of physical location that his works seek to transcend. “When you listen to great music,” he says referencing Bach, “the meaning is intrinsic.” Without doubt, looking into one of Nottebohm’s works enables access to a place that very few people have had the chance to visit but which powerfully exists nonetheless.

Indeed, there is something about the gravitational pull of Nottebohm’s “Raw Metal Works” as he describes them, that command and compel beyond mere abstraction. There is a danger and a challenge in the shifting play of molecules of metal and photons of light. Most of all, there is the suggestion of an insight into existential questions that have been the shaping tools of the human intellect since that primordial night when the Olduvian primate who is the true Adam, looked up at the infinite sky, and saw shattering images of mortality reflected back. It was in that transcendent moment that, for better or for worse, our race was expelled from what might be called “the Eden of the Now.”

Andreas Nottebohm has been confronting the infinite since his formative years when science rather than art was his passion. Like our collective ancestor, thrust from the pre-biblical Eden, the artist has always looked to the heavens for understanding if not for solace. His love of astronomy and astrophysics inhabit his early work. They reflect his familiarity for the vastness of inter-galactic space as well as for the infinitesimal orbit of the sub-atomic. His later works construct fanciful, yet very real connections between the intimate and the immense.

It is not coincidental that in the early ’80s NASA chose Nottebohm to create a series of works representing the fusion of technology and human aspiration that was the highest ideal of the American space program. In a similar way, noted physicists and astronomers have lauded Nottebohm’s work for its ability to explain and represent the solitary, arid intellectual wasteland that is the habitation of modern physics and astrophysics.

In many ways, Andreas Nottebohm’s evolution mirrors the march of high science. Where once figurative forms and even scientific notation were elements of his paintings, the artist has moved on into the ghosty realms where the human senses have few reference points and three-dimensional thinking is beggared. This is a place where new elements are found in the residue of smashed atoms caught for one billionth of a second on a photographic plate, and space-time is best represented as formulae spoken in the metallic voice of Stephen Hawking’s computer communicator. It is a place as lonely as the world into which consciousness thrust our hominid ancestors. It is a place where, suddenly, without warning, the Einsteinian universe is checkmated by particles accelerated beyond the supposed limitation of light speed.

It is a place where it is the blind leading the blind. And it is a place that cries out for a sensibility able to find and secure the portals through which the expanding universe that is our home can be reckoned with, understood and reformulated. In the end, Andreas Nottebohm’s work strives – and succeeds – in casting a shimmering light on Blake’s doors of perception at the same time it illuminates the portal of expanding consciousness that is the only path down which true understanding can be achieved. 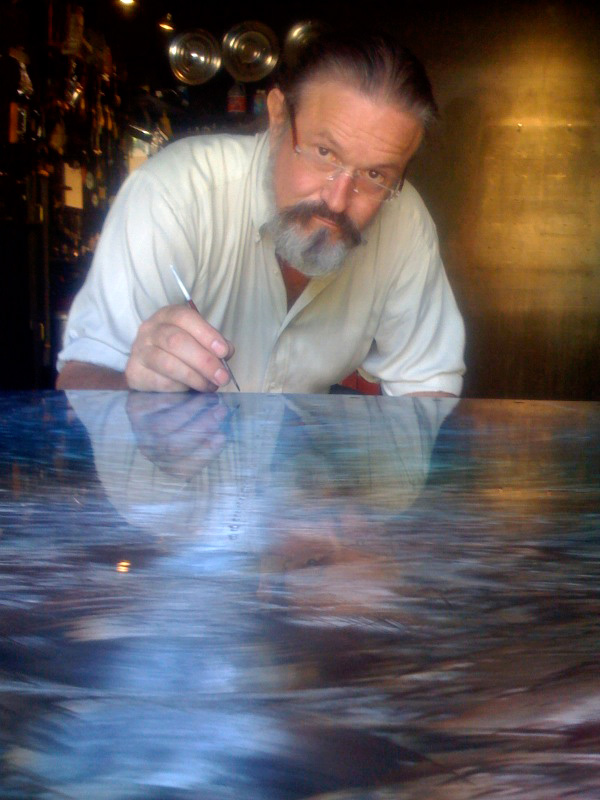 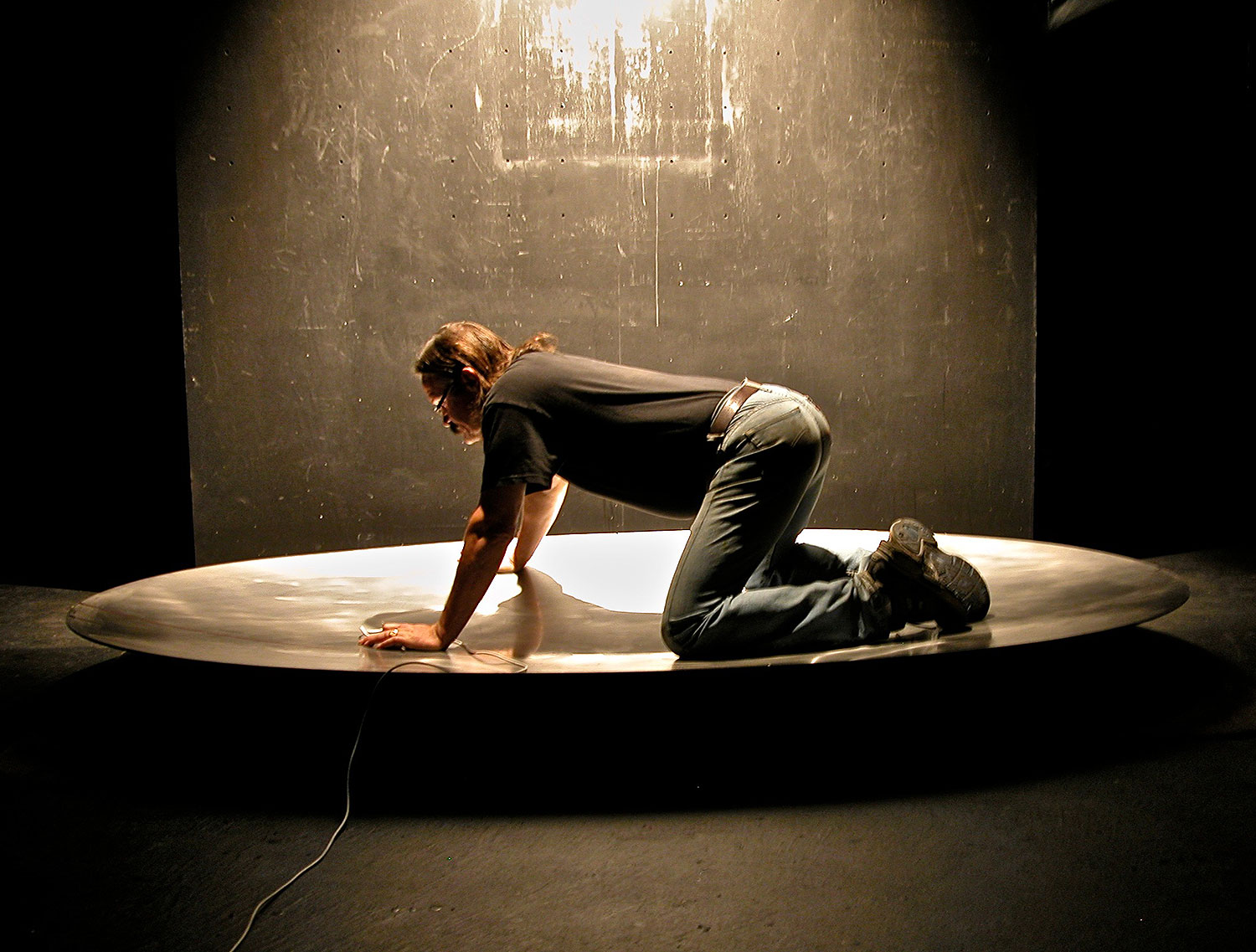 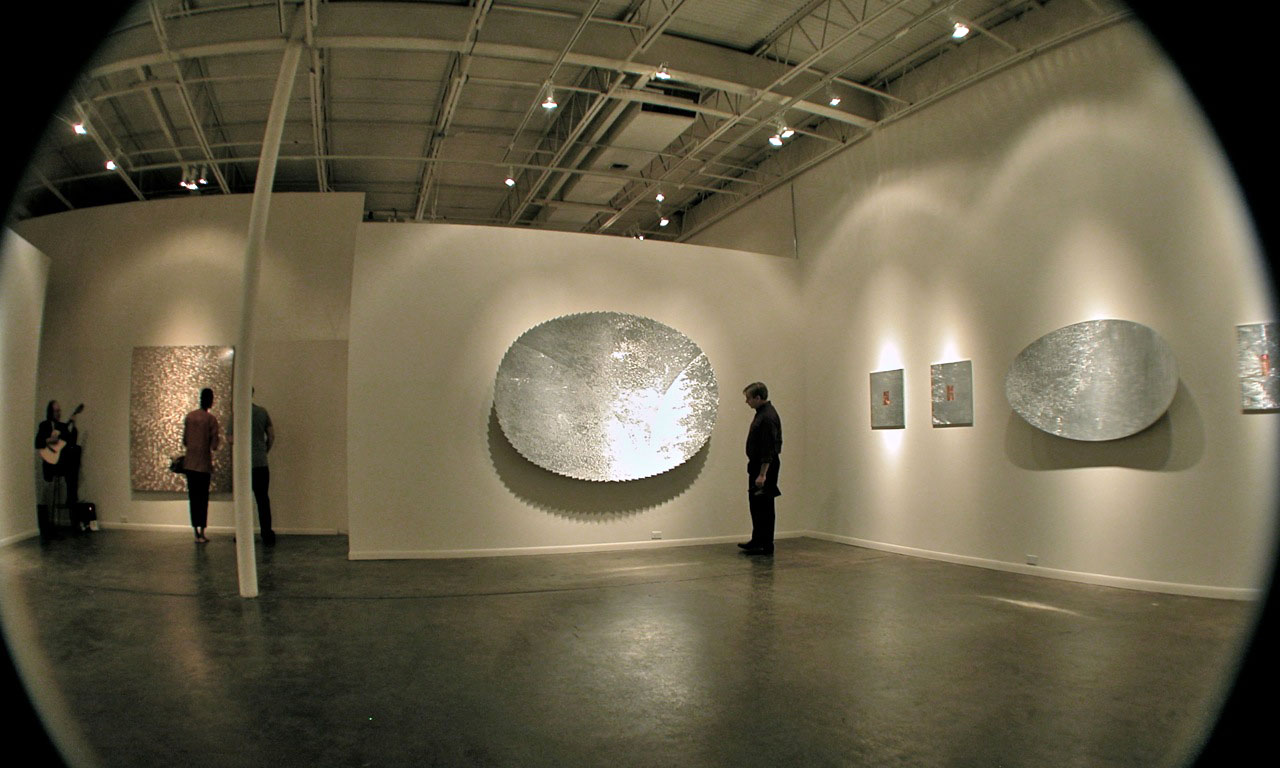 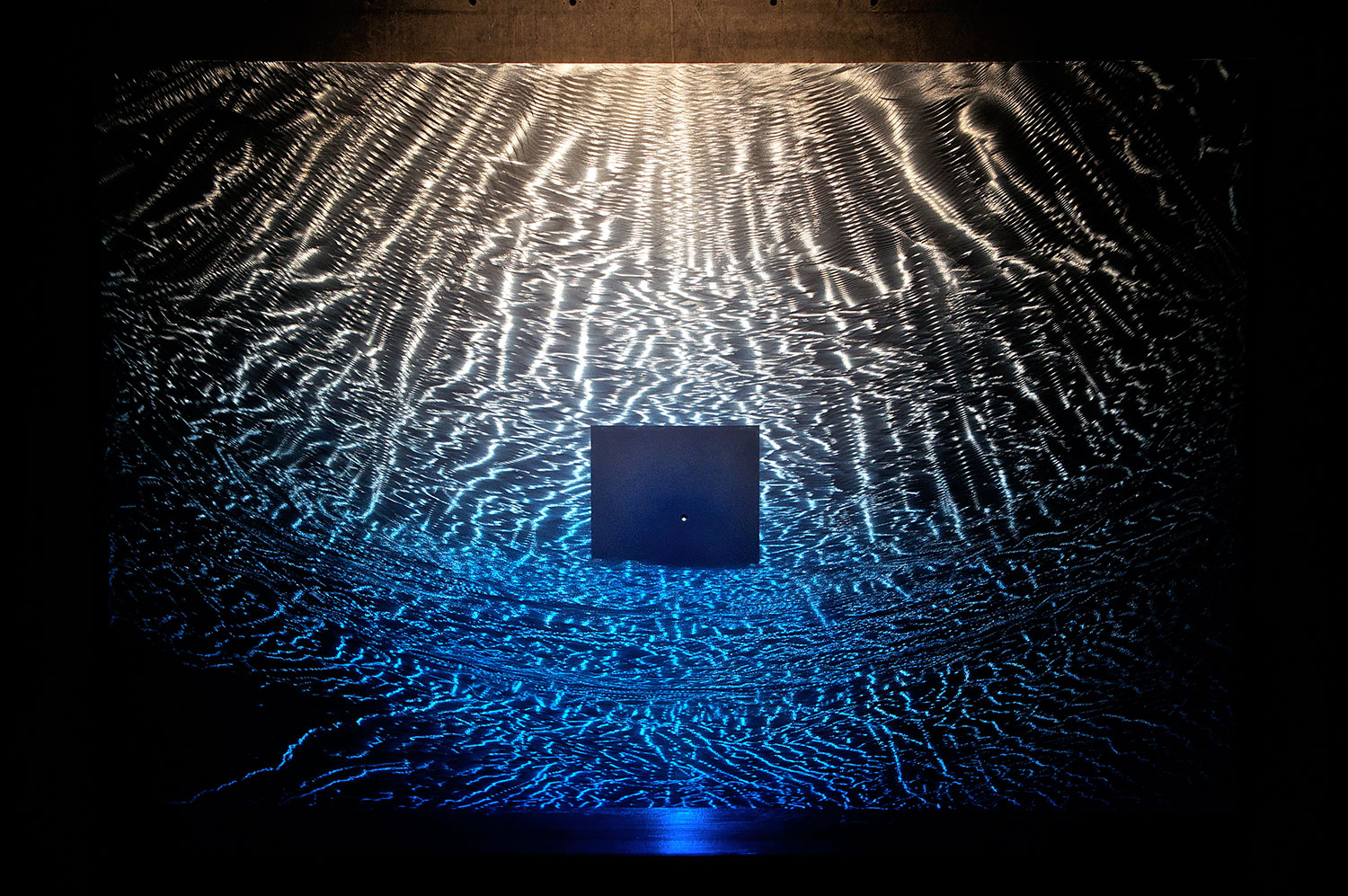 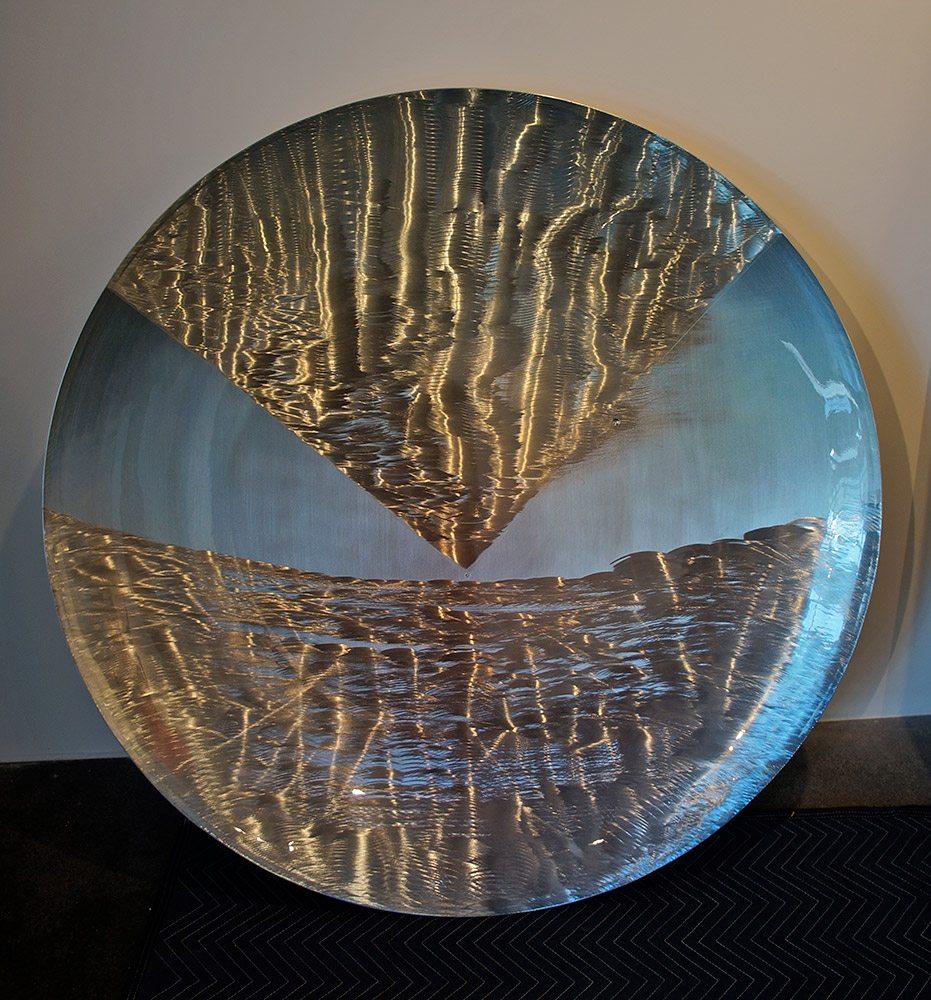 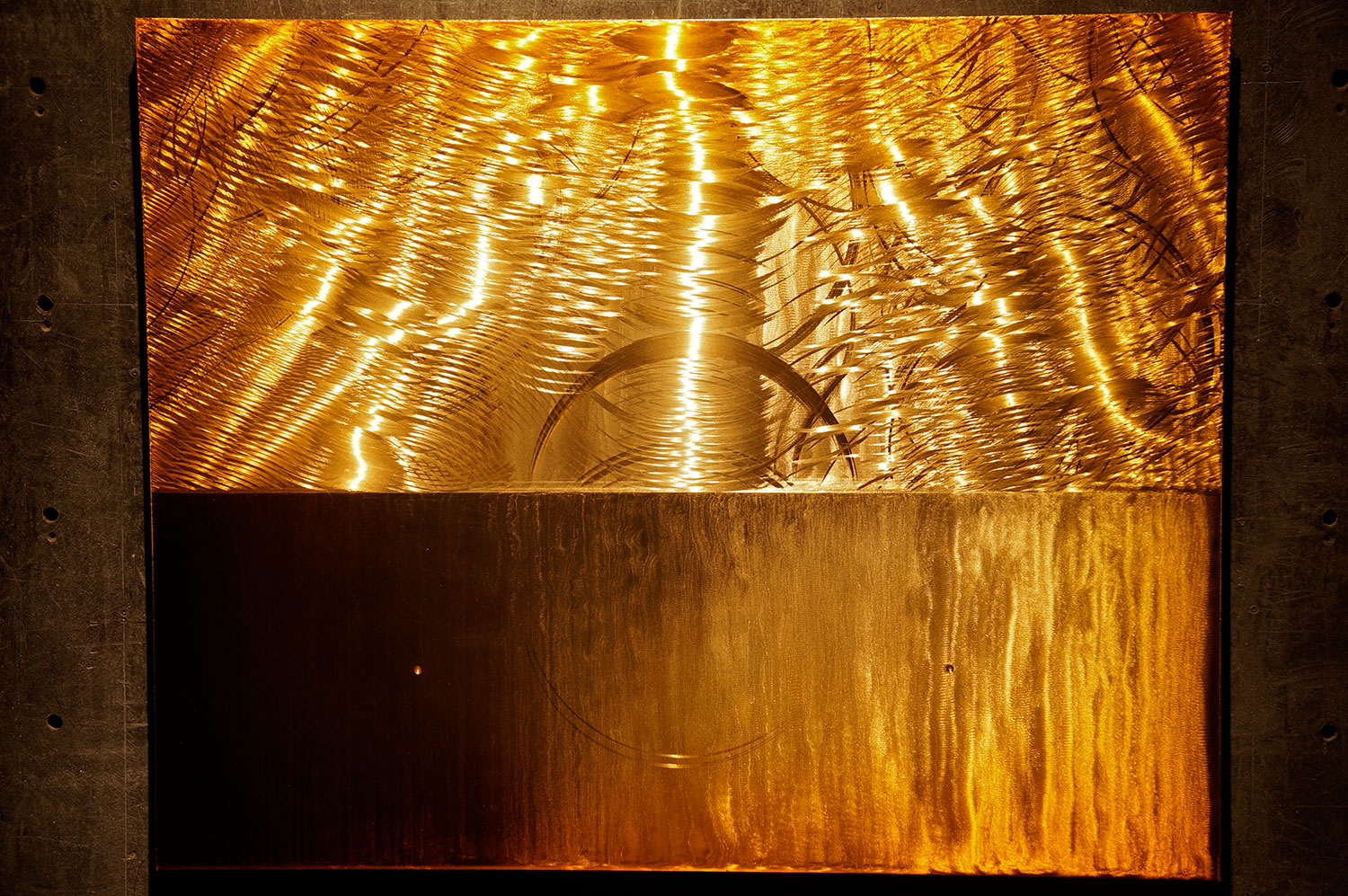 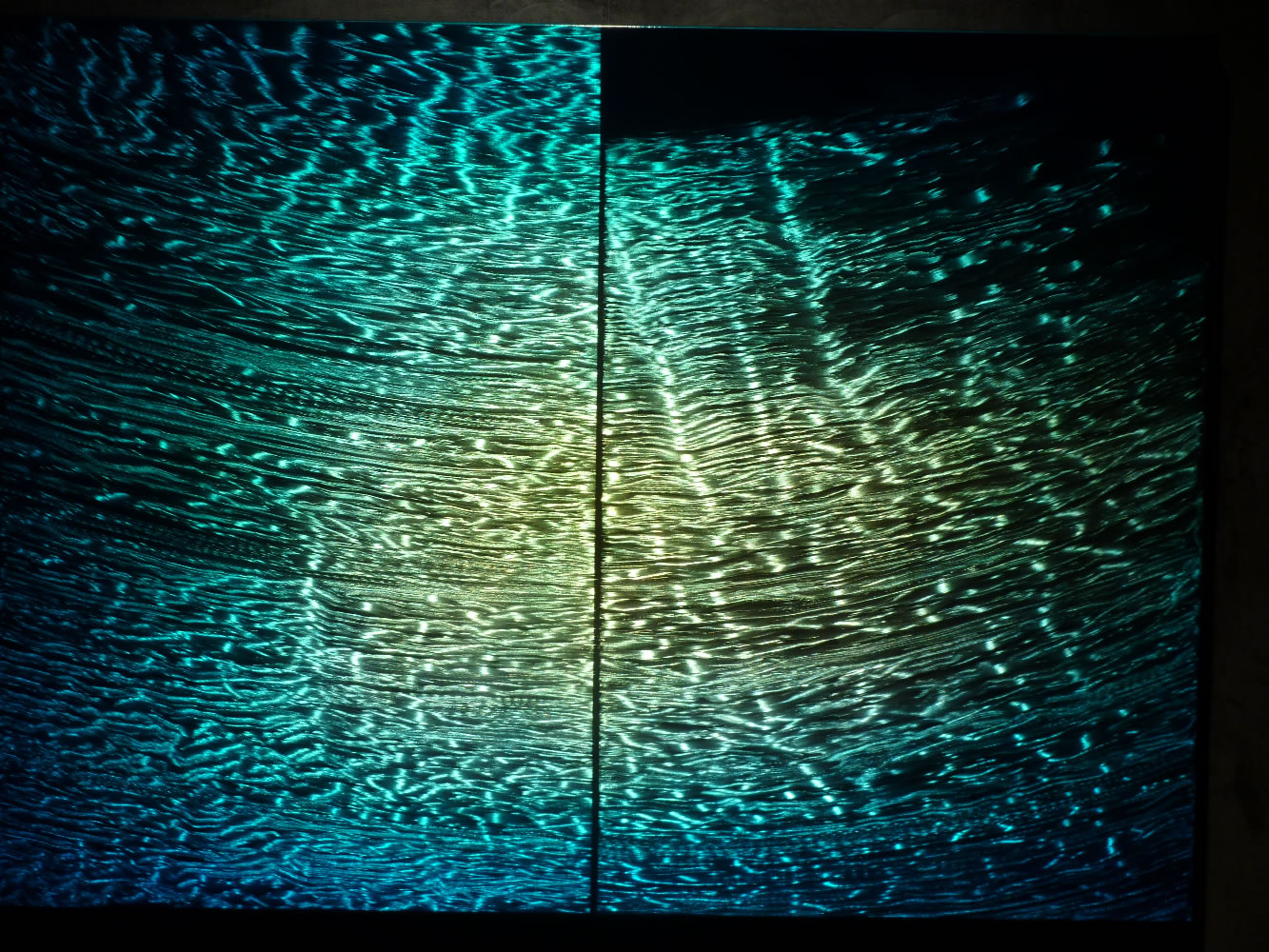