From the time I was a child growing up in Italy, I have always felt a strong desire to go, to depart from where I am and to arrive somewhere else. I can still remember the excitement I felt when my family announced that we were moving from the small town of Campi Bisenzio to Florence. I was ten years old at the time and not afraid of losing my school friends. The prospect of the departure overshadowed even the affection I had for my birthplace. For me, Florence was the world of art and I became an aspiring practitioner in that overwhelming city of the Renaissance.

Still, the desire to escape the weight of the city’s towering history was ever-present. On November 4, 1966, I watched as Florence was deluged by the Arno River in a disastrous flood that devastated the city. Soon afterwards, I left for California on a painting trip – and ended up staying there for over thirty-five years.

Art is a creature that absorbs all of me. Naturally, my painting is a reflection of who I am, and when I paint it is often autobiographical. My interest in urban landscapes is ever-present. I am attracted by a street perspective, characterized by converging lines that visually draw the eye in on a voyage. For the same reason, I am attracted by railroad tracks. I began to identify with their appeal from the moment I moved to Canada in 2005. I experienced a sudden resurgence of the feelings which time, necessity and routine had for many years kept hidden from me. These strong sensations reside more powerfully in the depths of an artist’s soul than his memory. I have become obliged to confront this challenge, to the point of obsession.

These railroad tracks offer me a dramatic engagement with that old call of departure and arrival, the sense of loss and uncertainty about the future. They also invite the contemplation of decay, corrosion and, for my paintings, the exploration of a new chromatic scale. 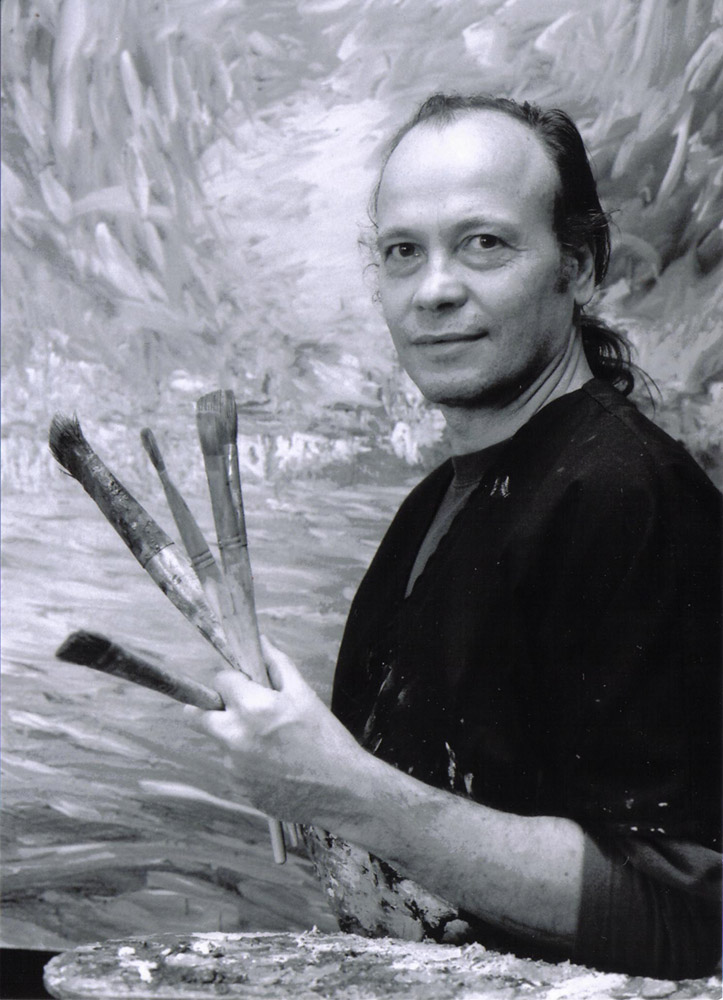 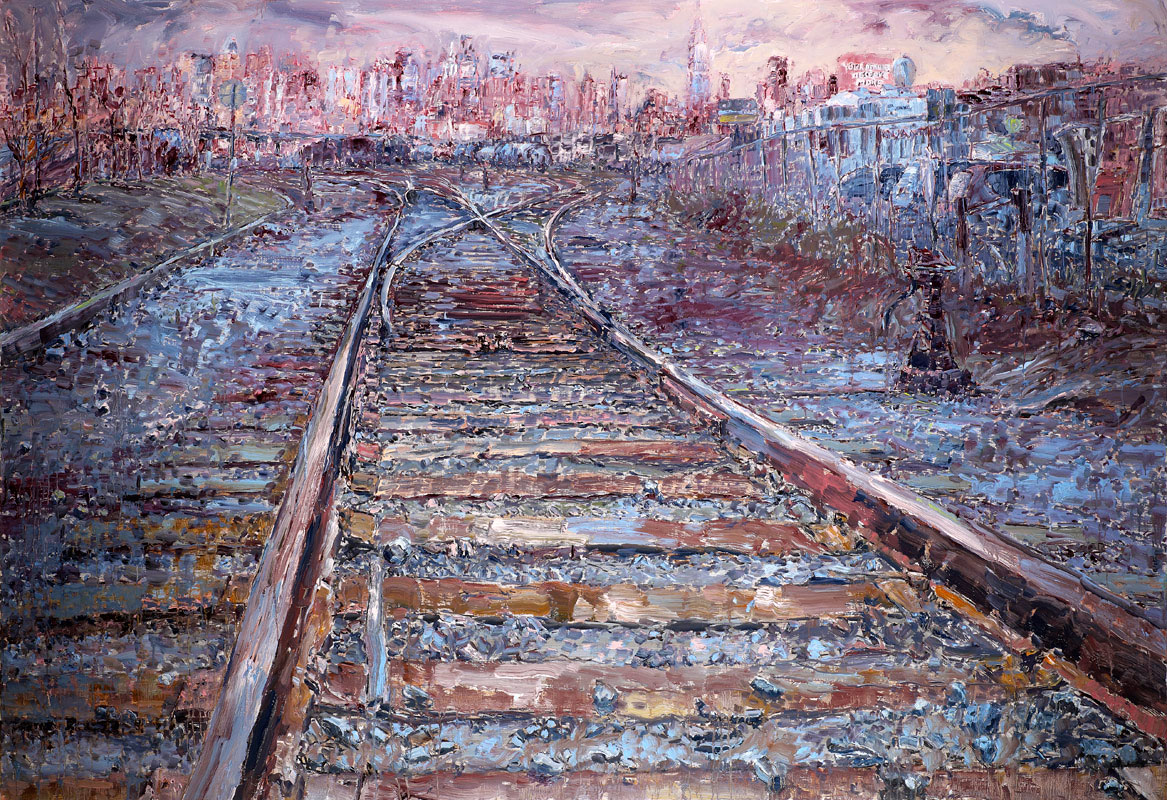 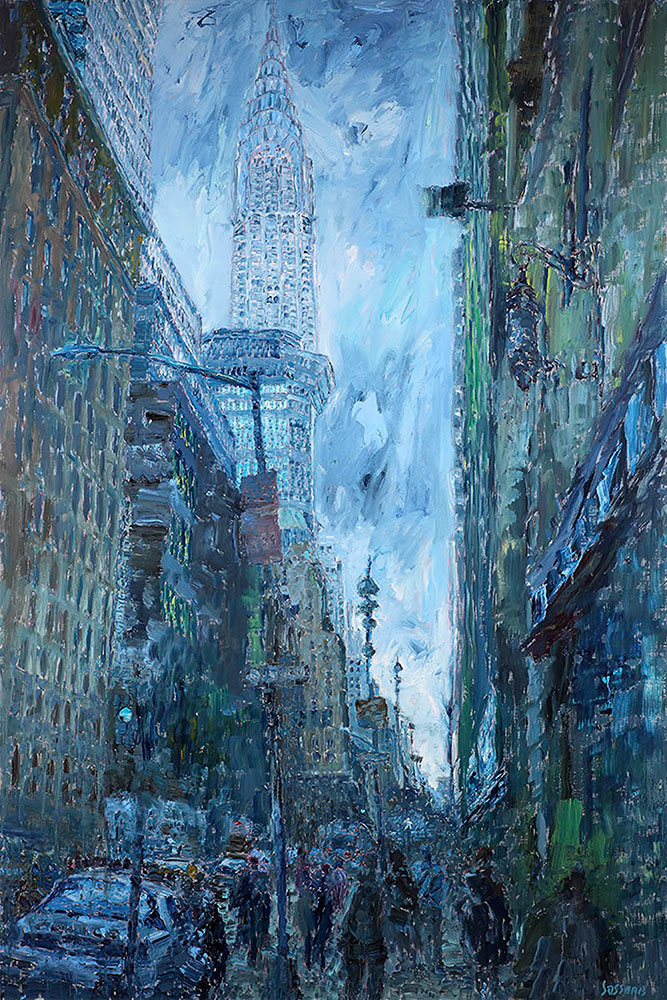 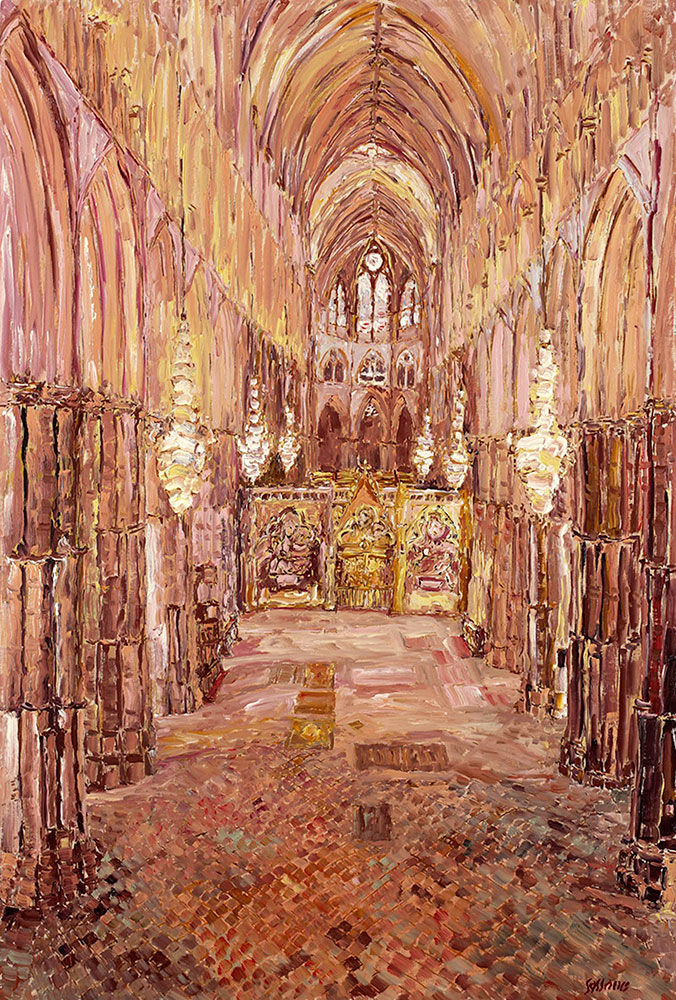 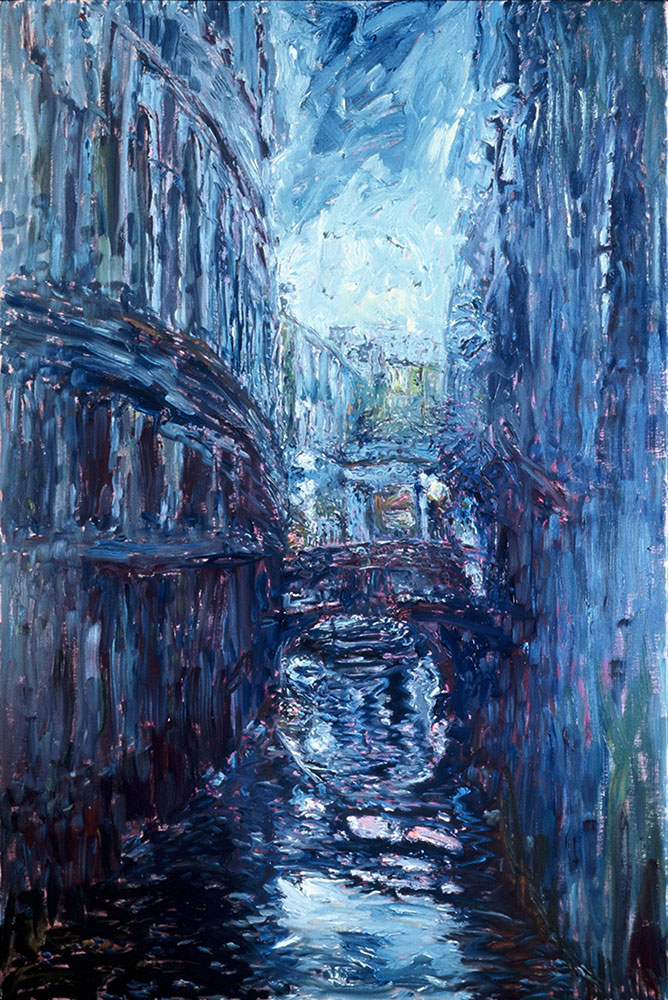 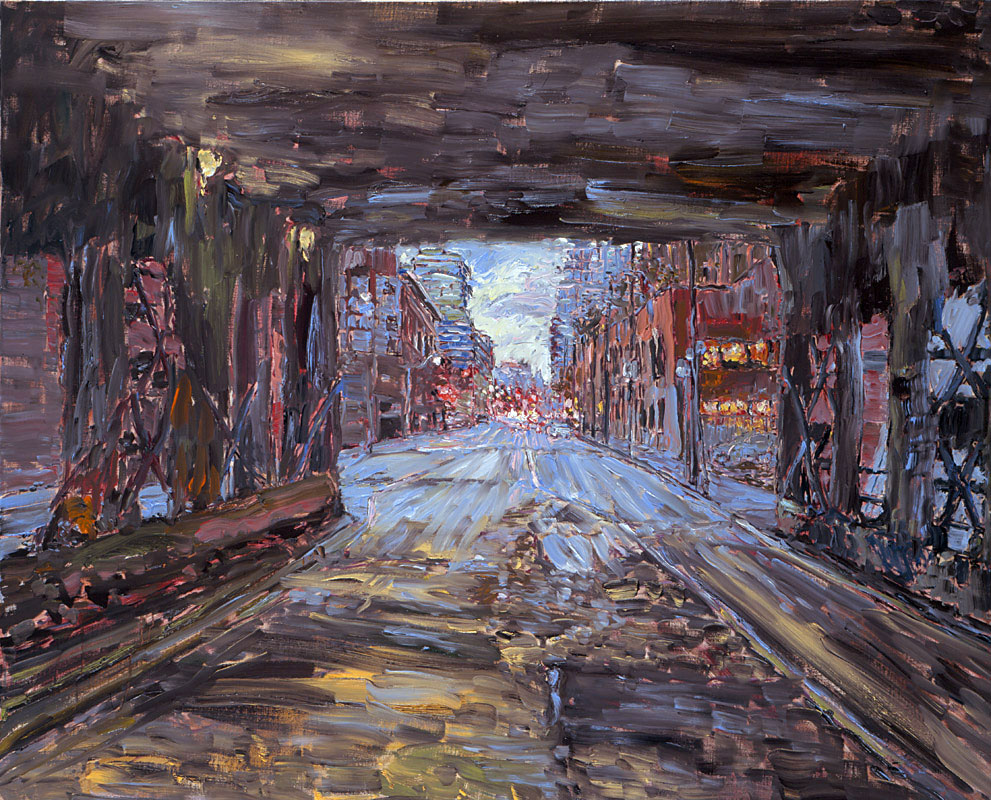 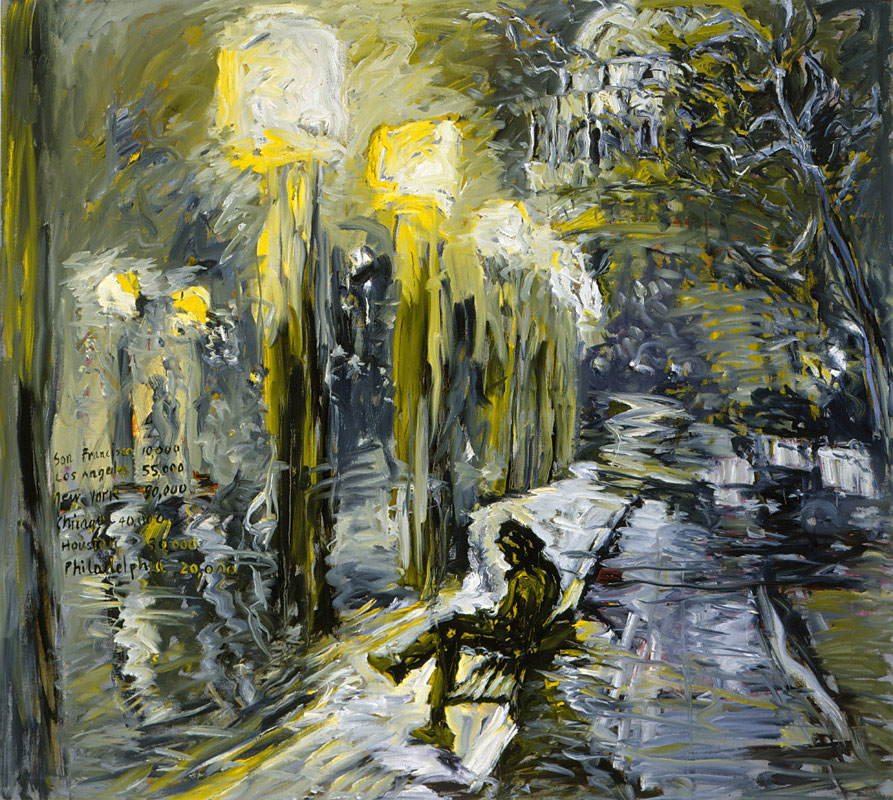 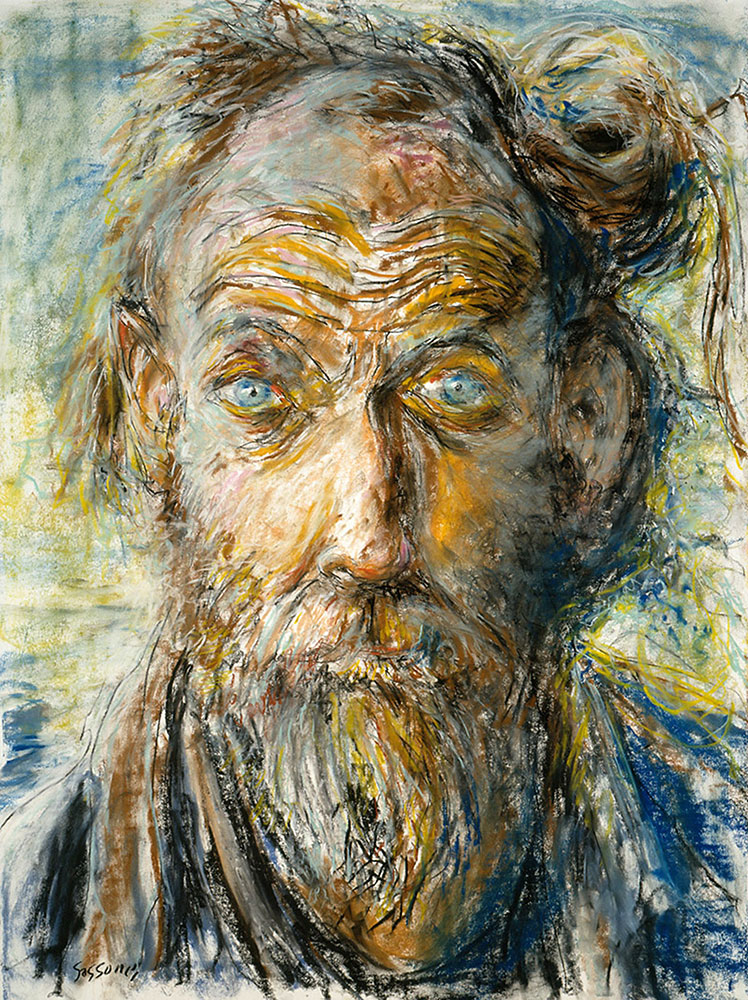 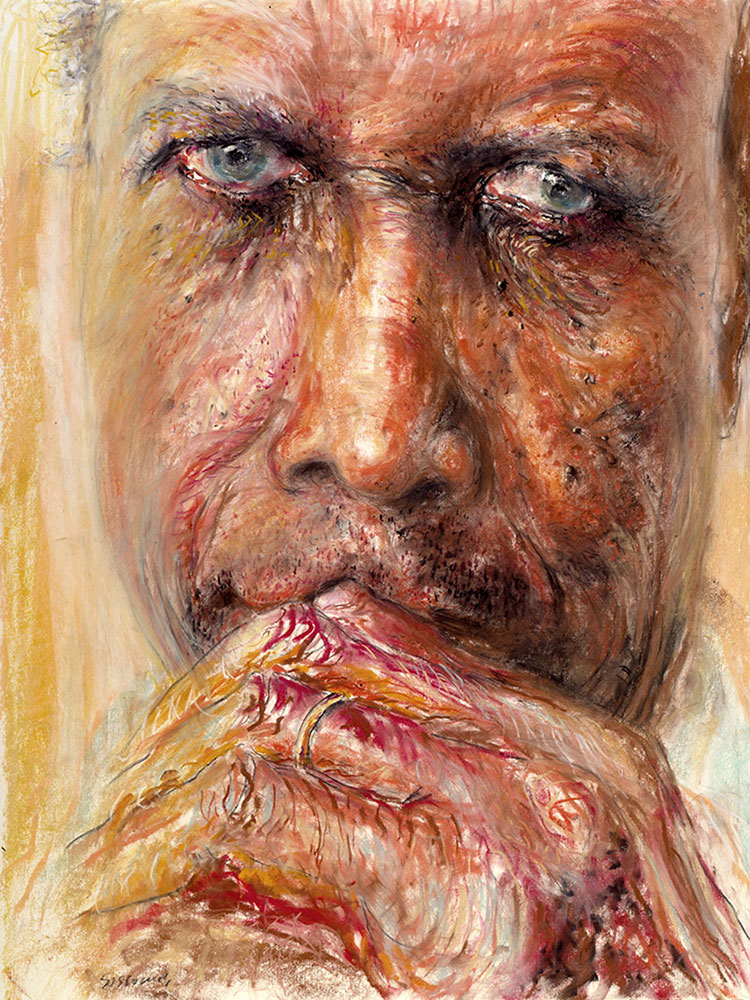 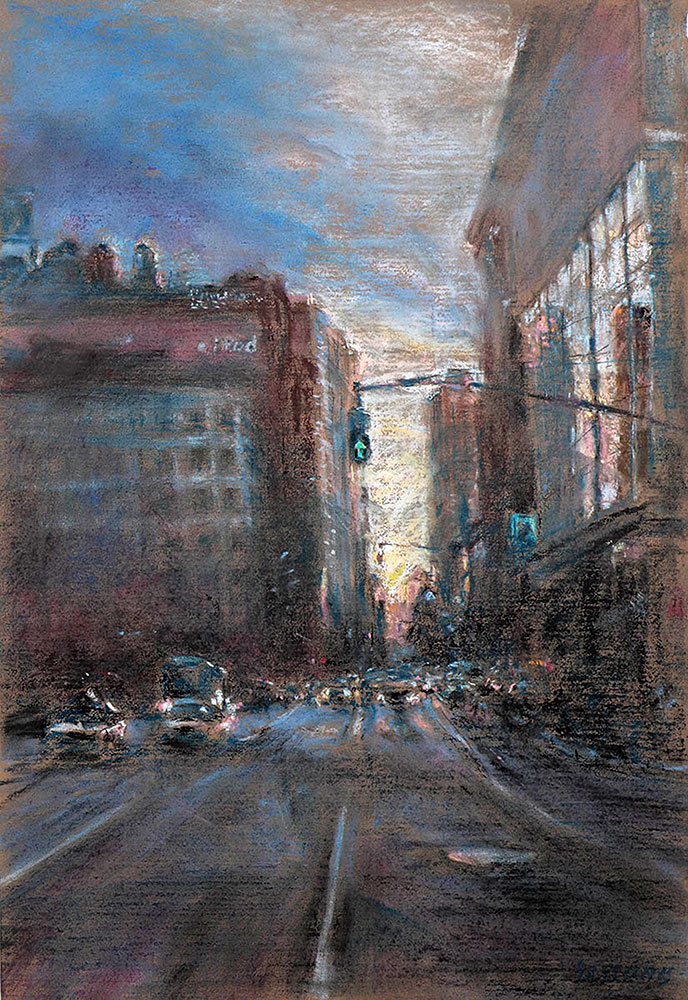 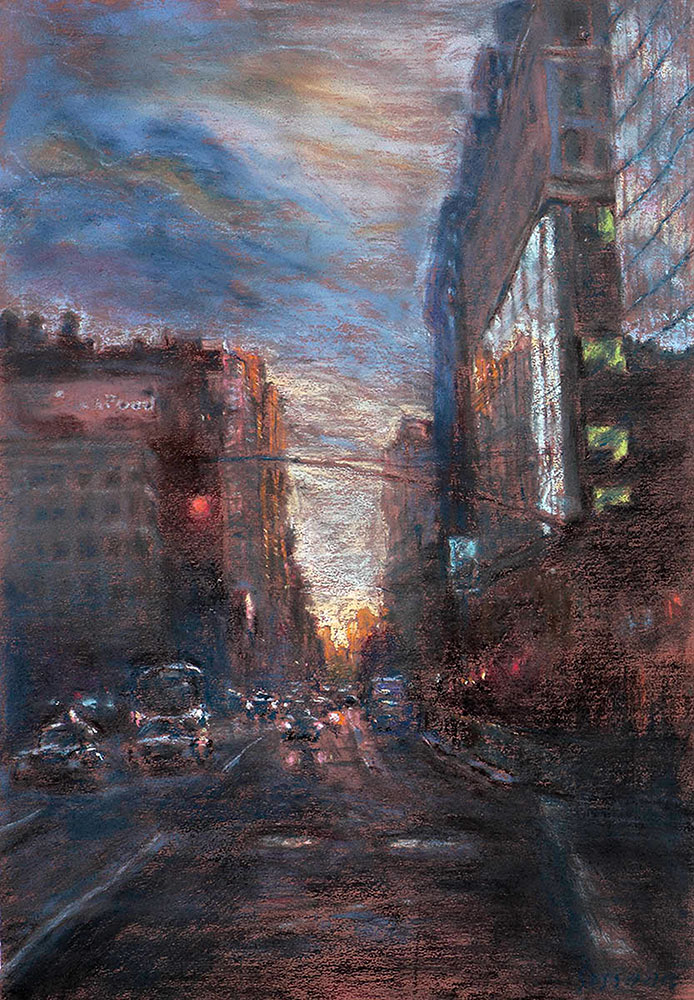